Skip to content
We are open for Sales and Service, learn how our processes have been optimized for safety
204-661-6644
1401 Regent Ave. W Winnipeg MB
All Phone Numbers

What is the VSA System in Honda Cars?

Modern auto tech is evolving at ever greater speeds. But while electric and self-driving vehicles are hogging all the headlines, less attention is often paid to systems which increase safety and improve the driving experience of gasoline cars. This technology is now incredibly advanced, and the Honda VSA is one of the best examples available today.

Electronic stability and traction control systems like VSA are credited with significantly reducing the number of road accidents, particularly in poor conditions, and it’s a technology that’s included on most current Honda models.

What Exactly is the Honda VSA System?

VSA stands for Vehicle Stability Assist. It helps to keep cars handling correctly during cornering, particularly if the system’s sensors detect understeer or oversteer. It’s especially useful when different wheels have different amounts of grip, a situation that would normally lead to skidding or plowing.

The system will often activate under hazardous conditions caused by weather, a loose road surface, or the car being driven too fast for the corner it’s attempting. VSA can also help to maintain smooth acceleration on slippery terrain or steep gradients.

The technology works by automatically changing the engine output and applying each wheel’s brakes individually, improving traction and keeping the car under closer driver control. 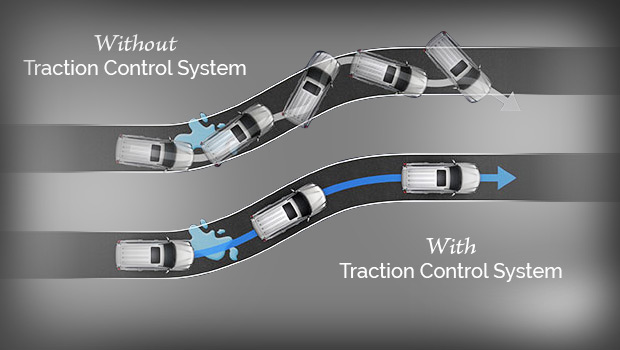 A Blinking VSA Light on the Console

If you see the VSA light blinking on your Honda’s console, there’s no need to worry that it’s a fault or other warning. The flashing light simply means that the system has activated and is helping the car to steer more safely. When the system is operating, you may notice a few changes in handling, including:

– The accelerator may not increase engine power as much as you expect.

– The engine output may dip in power without you lifting the accelerator.

– The brakes may be automatically applied, although this shouldn’t be too noticeable or sudden.

While the VSA system is an excellent driving aid, it’s not infallible. If you see the light coming on frequently, it may mean you’re pushing your Honda a little too hard a little too often.

If the VSA activation indicator stays lit up rather than blinking, it usually means that the system has been disabled via the console switch. Turning the system back on should clear this light.

However, there’s a second VSA console light you need to be aware of. If the VSA System Indicator lights up and stays on, it means there’s a problem with the system itself. If you see it, pull over when it’s safe to do so, and turn the engine off and then back on. If the light returns, then arrange a service inspection to diagnose the fault.

In the meantime, it’s perfectly safe to drive your car, but the VSA system won’t be there to protect you in difficult conditions, so it’s a good idea to drive with extra care until the problem is fixed.

Our service department will be happy to help with any VSA issues on your Honda, whether you’re an existing Birchwood customer or are new to us.